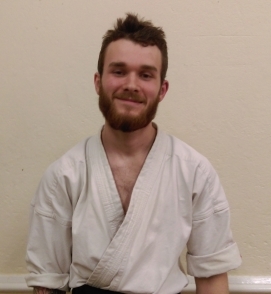 Kelsey Edwards is a 2nd Dan in Aikido and is a certified British Aikido Board coach level 1. Kelsey started Aikido when he was 15 years old and trained very hard. In just under 3 years he achieved his 1st Dan and 2 short years later he gained his 2nd Dan. Kelsey is continuing to practice hard and is well on his way to 3rd Dan. Kelsey has always been keen to learn and would assist Sensei Vince with classes at Taunton School and at the club venues. Kelsey has a particular passion for the weapons used in aikido and often teaches these when he takes a class.